Elsa the Snow Queen is the beautiful queen of Arendelle, and older sister of Anna. She is graceful in any situation, even when she loses control of her icy magical powers. Elsa dearly loves and tries to protect Anna, but her fear of her uncontrollable magic led to her running away and accidentally freezing her sister's heart (later reversed with Anna's sacrifice, being an act of true love). With the power of love, she resumes rule over the kingdom, now accepting her role as a queen of ice and snow. Elsa is from the movie Frozen.

This character is not currently being used. 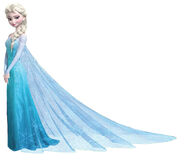 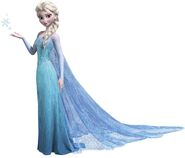 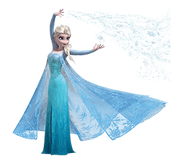 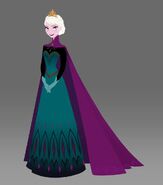 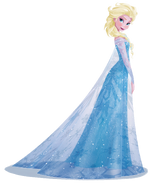 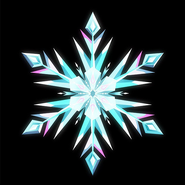 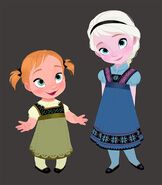 Add a photo to this gallery
Retrieved from "https://disney-roleplaying.fandom.com/wiki/Elsa?oldid=4245"
Community content is available under CC-BY-SA unless otherwise noted.